A cold rain fell in Santa Ana early Tuesday afternoon as mourners gathered for a procession to honor Huntington Beach Officer Nicholas Vella, who was killed in a police helicopter crash over the weekend.

Vella is survived by his wife, Kristi Tovar, and a teenage daughter.

A second officer involved in the crash was released from the hospital Sunday and was identified as the pilot. An investigation into the cause of the crash is underway by the National Transportation Safety Board and the Federal Aviation Administration, though Police Department spokeswoman Jennifer Carey said Tuesday that it could be up to a year before the cause could be known for certain.

The helicopter was en route to provide assistance in what is known as a “disturbance fight call” from Newport Beach, which contracts for aerial services as needed from the neighboring city.

Fox News (https://twitter.com/billfoxla/status/1496237948102131715?s=21): 97.9% of prosecutors in the L.A. County DA office union (ADDA) have voted YES to support the recall of their boss, Soros-backed L.A. District Attorney George Gascon. The union reports 88.3% voter participation amongst its 672 members, which they say is the highest turnout ever.

Deputy Shoots Gunman Despite Being Shot 5 Times During Traffic Stop

19 Austin Cops Indicted For Aggravated Assault With Deadly Weapon Over Riot Response Well, Austin is the blue cesspit of red Texas so…..let’s see what is disclosed in the trial after this leftist witch hunt settles down.

The request from Uniformed Fire Officers Association President James McCarthy comes after the line-of-duty deaths of Lt. Joseph Maiello, 53, who was found dead in a Staten Island firehouse after a Christmas shift, and Firefighter Jesse Gerhard, 33, who died at his firehouse in Far Rockaway, Queens, after a medical episode Wednesday.

McCarthy wants the FDNY to include in its vaccine probe the death of Probationary Firefighter Vincent Malveaux, 31, who died Dec. 2 at the FDNY Training Academy on Randalls Island after suffering a medical episode believed to be a seizure. 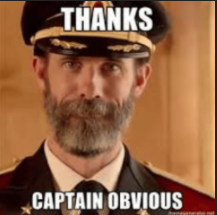 Only 42% of DC murder cases were closed after anti-police movement and it could get worse, criminologists say

WASHINGTON, D.C. – This is the first story in a series about murders in Washington, D.C.

Killers weren’t arrested in more than half of the murders committed in the nation’s capital in 2021, according to one analysis – a figure that could worsen without major changes, given the nature of how homicides are solved, criminologists told Fox News Digital.

The main reason so few murder suspects were arrested is because of how far trust in the police dropped in the fallout after an officer killed George Floyd in May 2020, the criminologists said. Witnesses, as a result, became less willing to cooperate with detectives.

“If people are less confident in the police, want to have less contact with the police, they’re not going to be as cooperative,” a University of Missouri-St. Louis criminology professor, Richard Rosenfeld, told Fox News Digital. “The police therefore lose that valuable form of assistance as they’re trying to solve homicides.”

“The police can’t clear crimes on their own,” Rosenfeld continued. “Those of us who happened to witness the event are key ingredients in the ability of the police to clear a homicide or any other serious crime with an arrest.”

FBI Spokesman on Muslim Hostage-Taker at Texas Synagogue: “We’re Continuing to Work to Find Motive”– lol, FBI are pathetic. If he was a white guy they would have a juicy fake motive 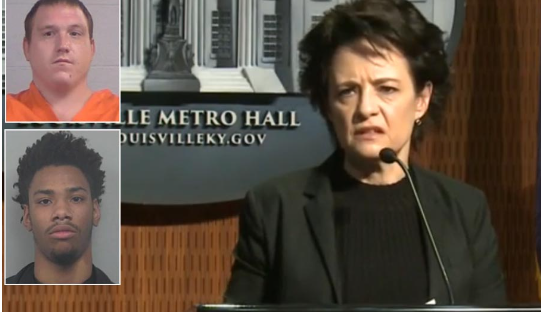 Deputy Shirley, 26, was in uniform working an off-duty security job at a used car lot located on Rockford Lane near Dover Road on Aug. 5, 2021, when he came under attack at approximately 2:30 a.m., WLKY reported.

He was sitting in his unmarked vehicle when an unidentified suspect suddenly walked up and shot him, LMPD Spokesperson Alicia Smiley told reporters shortly after the incident, according to WAVE.

Deputy Shirley died of his wounds during the emergency procedure, according to the Courier Journal.

Milwaukee, WI – An off-duty Milwaukee police detective was shot multiple times during what police believe may have been an attempted carjacking on Thursday afternoon.

Law enforcement sources told WITI that the Milwaukee police officer who was shot was off-duty when he encountered a carjacking and tried to intervene.