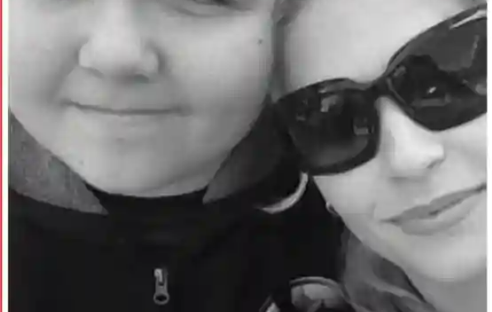 Big angry nut with prior violent episodes.  Related to a conservative politician so this story will be around a while….for the wrong reasons. This was the act of a lone individual with a violent history and mental illness. This is a mental health issue……again.

The active-shooter burst into the nightclub with a long rifle and opened fire inside just before midnight, Colorado Springs Police Lieutenant Pamela Castro said in an early morning news conference on November 20. Aldrich was subdued by heroic patrons, who were credited with saving lives, Castro said. One disarmed Aldrich and beat him with the suspect’s own gun, according to NPR.

Heavy has confirmed that Aldrich is the grandson of outgoing Republican State Assemblymember Randy Voepel, the former mayor of Santee, California. Voepel represents the 71st district in the San Diego area. There were calls to expel Voepel from the state Assembly after he made comments comparing the January 6 attacks to the Revolutionary War. Aldrich’s mother, Laura Voepel, has written posts praising Randy Voepel on Facebook and confirming he is her father.

“This is Lexington and Concord. First shots fired against tyranny,” Randy Voepel, who was defeated in a Republican primary in August 2022, said in a San Diego Union-Tribune article three days after January 6. “Tyranny will follow in the aftermath of the Biden swear-in on January 20th.” According to the San Diego Union-Tribune, Voepel “later tweeted that he condemned violence and lawlessness.” Voepel and his office did not immediately respond to requests for comments from Heavy.

The first two victims named were bartenders Derrick Rump and Daniel Aston, who were remembered in tributes for their kindness and vibrant personalities. You can read more about the victims here. The mass shooting occurred just before the Transgender Day of Remembrance; Aston identified as transgender.

1. Anderson Lee Aldrich, Whose Grandfather Ran for Office on a Platform Against ‘the Swamp’ & Whose Mother Once Tried to Find a Private Boxing Coach for Him, ‘Immediately Began Shooting People Inside,’ Police Say

2. Anderson Lee Aldrich Was Previously Involved in a Standoff Following a Bomb Threat

3. The Club Promoted an ‘All Ages Musical Drag Brunch’ & Held Another Drag Show the Evening of the Mass Shooting; Club Q Called the Tragedy a ‘Hate Attack’

4. A Woman Who Rented a Spare Room to Aldrich’s Mom Described Him as ‘Aggressive’ & Says He Once Slammed a Door in Her Face

1 dead after gunfire exchange with Round Rock police

Disturbing details emerge in plot against NYC synagogues: ‘I have a sick personality’

Closing Arguments today in Oathkeepers Show Trial: One of the Greatest Travesties of Justice in US History