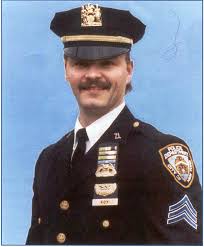 Sergeant Timothy Roy was killed in the September 11, 2001, terrorist attacks while attempting to rescue the victims trapped in the World Trade Center.

Sergeant Roy was driving to traffic court in the morning when he witnessed the first plane crash into the first tower. He called his wife on his cell phone to tell her he would not be home that evening due to the rescue operations he anticipated being involved in. He was killed during the rescue operation when one of the towers collapsed.

Sergeant Roy served with the New York City Police Department for 16 years, and is survived by his wife and three children.